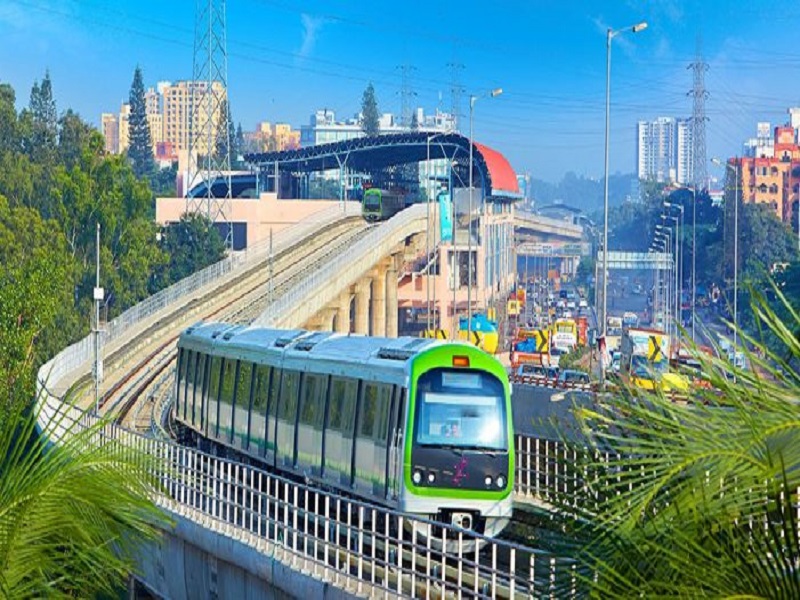 The Namma Metro or also known as the Bangalore Metro serves the IT capital of India. Phase I of the Metro line is operational and phase II is under construction and phase II is under deliberation. The 43.2 km network has 40 stations and more than 4 lakhs people use metro services every day.

The electricity supply to the trains is via the third rail and directly carries 750 volts. The trains run at a frequency of 5 to 15-minute speed under 80 km per hour. The train has 3 to 6 coaches travel on the ground and above it too.